Is it possible to achieve steady economic growth while protecting the environment? This question is repeatedly the subject of fierce political disputes between representatives of green growth and post growth. In the last decade, green growth has clearly dominated policy-making, as the political agendas of the United Nations, the European Union and many countries are based on the assumption that decoupling environmental pressures from economic growth can create unlimited economic growth in the future.

Given the magnitude of this assumption, careful analysis is needed to evaluate the scientific foundations behind decoupling theory. The project, commissioned by the European Environmental Bureau, jointly analyses the potentials and limits of absolute decoupling on the basis of existing literature. In addition, obstacles are formulated that stand in the way of the possibilities of an absolute decoupling of economic activity from environmental pressures.

In addition we formulate policy proposals for the European Union as to how the existing consistency and efficiency strategies of environmental and economic policy can be supplemented by a sufficiency strategy. The results and proposals will be presented to the public at the “beyond GDP” conference of the Finnish Presidency in October 2019. 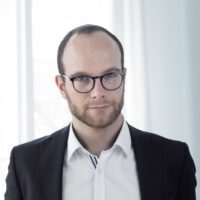 With your donation you enable us to ask uncomfortable questions and to work independently.
Become a supporter!
This website uses cookies. If you continue to use this website, we will assume your consent.OK