Feedback on the Roadmap for the 8th Cohesion Report

“We must lay the foundations of a healthier economy […] an economy that is more focused on the wellbeing of people. […] It is about an economy that cares not only for GDP, but also for the well-being of Europeans” (Ursula von der Leyen at ETUC-ETUI conference)

The 8th Cohesion Report presents an opportunity to contribute to the new priorities set by the President by laying the groundworks for a perspective of economic development that goes well beyond GDP. This is not only vital to ensure that the European Green Deal (EGD) benefits European citizens and create acceptance for the changes ahead. It is also important to create resilient economies in the economically less developed regions. So far, the economic governance structure of the EU supporting economic development did not deliver sufficient economic convergence between EU regions as set out in the Treaty, Article 174. By shifting the focus beyond GDP on indicators to assess capacities that are needed to achieve economic convergence and by creating a playing field that favours regional convergence the EU can increase its impact on economic, social and territorial cohesion. 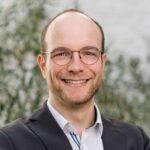