A Feasibility and Impact Analysis of Fiscal Policy Reform Proposals

The current EU fiscal framework is not fit for purpose to cope with today’s challenges: unprecedented levels of investments are needed to achieve environmental, societal, and economic goals and for a sustainable recovery after the COVID pandemic. Public funding plays an important role to navigate through this transition and build resilient societies. However, the fiscal flexibility of Member States is constrained by the EU governance framework, which requires EU governments to adhere to strict fiscal rules.

After the 2008 financial crisis, austerity policies in the EU led to a double-dip recession, the EU economy recovered much slower than others, unemployment rose massively in many parts of Europe and triggered the euro crisis. Austerity measures have contributed to anti-EU sentiment and enabled populist sentiments and movements to rise. The risk of instability and divergence of Member States through austerity must now be avoided.

The political momentum for reforming the EU fiscal framework is larger than ever. In this lively and critical debate, many reform proposals have been put forward, however, reform proposals tend not to be responsive to the political sensitivities and the technical feasibility at the same time.

This report fills a gap as it provides a structured overview of the reform proposals for the EU fiscal framework and a comprehensive assessment of their feasibility and impact. It assesses the political feasibility of the reform proposals, identifies what changes in EU legislation would be required to implement the proposals and highlights the administrative hurdles that implementation could entail. In addition, the proposals are also assessed in terms of the potential additional fiscal flexibility they would generate and whether the proposals are tied to green and social objectives as well as investment.

The preliminary results of this report were presented in a workshop during the FiscalMatters week of debate. You can find the slides of the presentation here and the recording of the workshop here. Further background in the annexes of the report can be found here.

Disclaimer: There was an error in the last version of the report of October. We have now corrected it in this current version.

A Green Economic Recovery in Europe 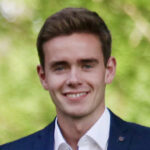 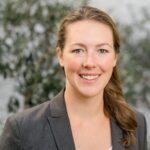