Member States struggling to deliver systemic transformation through their NRRPs

Member States are largely missing the opportunity to connect new reforms with investments to lead Europe towards a climate-neutral and socially balanced future. This is the result of a comprehensive analysis that ZOE Institute and New Economics Foundation published today ahead of the 18 June ECOFIN, where Member States are supposed to adopt the National Resilience and Recovery Plans.

According to ZOE’s analysis, much more should be made of the recovery to build an economy that protects the climate and delivers social justice. In most cases, Member States did not apply the Do No Significant Harm (DNSH) principle in a rigourous way, which often overlooks the risks to biodiversity in particular. In addition, for the recovery to be successful in the long term, in addition to complying with the DNSH principle, social cohesion needs to be prioritised as part of the longer-term, overarching vision for the future.

“The actual recovery will depend on whether the investments and reforms made today will support the green and just transition that Europe needs to realise. But despite far-reaching efforts, there are still gaps between the ambitions and what is actually being planned by Member States,” says Elizabeth Dirth, Senior Policy Consultant with ZOE Institute. “Protecting biodiversity, recognising its essential role in the economy and building local resilience by addressing existing economic disparities are two key weak points of the national plans. We are particularly worried about the fact that most plans lack explicit consideration of the regions and people that are left behind through the combined impact of digitalisation and globalisation.”

ZOE recommends that all Member States conduct a more thorough, evidence-based assessment of their measures prior to or during implementation in order to better respect the DNSH principle. It also calls on the EU Commission to include in its scrutiny of the plans a systemic perspective that takes interconnections between different policy areas into consideration.

Since the final plans started to be published in April, ZOE economists evaluated the plans of 13 governments, including Italy, Spain, Germany and France. The plans detail how the national governments plan to invest the 672.5 billion euros that the European Union is providing to revive the economy after the pandemic. The special feature of the analysis is that it not only looks at where the money is going. It also examines whether the investments enable a fundamental shift towards a regenerative, distributive and resilient economy instead of stabilising the status quo.

The full report is available here. 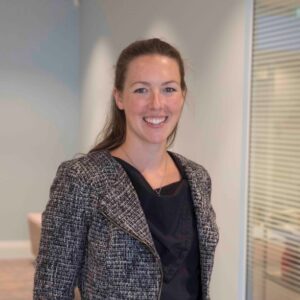